A BARGAIN break in the Costa del Sol may be a thing of the past, as the region faces permanent hotel closures due to the current crisis.

A quarter of hotel resorts are expected to never open again – which is likely to effect cheap package deals to the Spanish region.

Spain’s tourism has taken a huge hit since the UK quarantine restrictions, enforced on July 26, meaning mass cancellations by Brits and tour operators.

While hotels, bars and restaurants were also facing much lower capacity than usual in the peak summer season, the latest travel ban has seen little hope for the rest of the year.

Luis Callejón, president of Costa del Sol hotel association AEHCOS, told the Telegraph that many hotel owners have been allowed to defer payments for the year, and that will eventually come to an end.

He explained: «The Costa del Sol is practically empty. International visitors make up 70 per cent of our tourism.»

«The biggest market is Britain and quarantine has removed the central pillar of our industry.»

He warned: «After this summer, at least one in four hotels on the Costa del Sol will never open again.»

Cheap deals, especially in Spain, are usually available due to the competition offered by multiple airlines and hotel chains.

With fewer choices of where to stay, this is likely to eventually bump prices up.

Mr Callejon continued: «It’s not the end of an era, but we do need to change the model, the services offered, how we sell, look at converting part of the big 500-room hotels into serviced apartments.»

Other parts of Spain are struggling with a drop in tourists as coronavirus cases spike.

Majorca hotels are being forced to close for the rest of the summer due to the UK quarantine, while others offered up to 50 per cent off to encourage tourist to book.

Cheap Benidorm holidays may also be gone for good.

Servigroup hotel president José María Caballé, 79, says British tourism is not the money-maker it once was.

«Benidorm has reached a point where it has to change because the costs are going up and hotels can’t work with such low prices,» he told The Times.

COOKING UP A STORM

Mr Caballé – who owns 18 hotels in Spain – said boozy Brits on holiday were no longer desired guests in Benidorm.

There is some hope for the Spanish islands.

Transport Secretary Grant Shapps suggested last week that Spanish islands could be added to safe travel lists in the future as the Government explores «regional» quarantines. 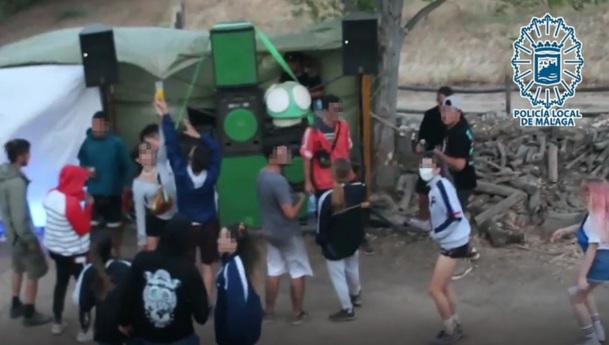 Marbella Corfu Hotel is a